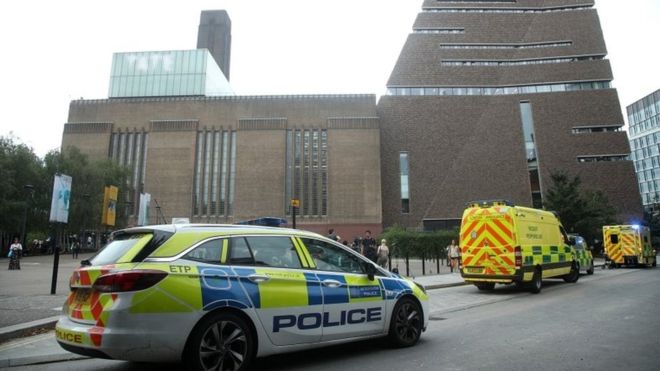 The parents of a six-year-old boy who was allegedly thrown off a balcony at the Tate Modern have said they still don’t know the extent of his injuries.

The boy, who was visiting London with his family, suffered a “deep” bleed to the brain in the fall on 4 August.

In a statement posted online his parents said he had faced “two long and difficult operations”.

A 17-year-old boy charged with attempted murder appeared in court earlier this month.

The six-year-old boy, who is a French national, fell five floors from a 10th floor viewing platform.

A court previously heard he sustained a fractured spine, along with leg and arm fractures.

In their statement his family thanked people for their support and said he remained in hospital.

They said: “He is stabilised, but we still do not know the full extent and severity of his injuries.

“But he is alive, struggling with all his strength and we remain hopeful.”