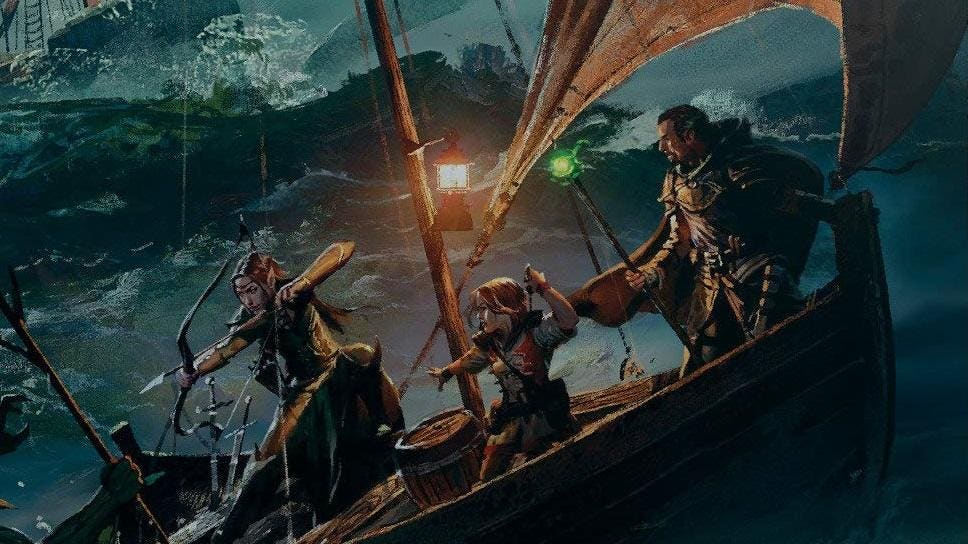 Five years into Dungeons & Dragons Fifth Edition finds the world’s most popular role-playing game flying high. It’s never been easier to play the game thanks to the explosion of actual play and a rules set that keeps the best parts of several previous editions while streamlining the experience. Wizards of the Coast put out one of the strongest lineups of product to date. Third-party producers also stepped up their game to fill in the gaps not covered by official books. These are the products I liked the most out of the hundreds of products released for Fifth Edition this year.

Fifth edition already has an excellent introductory boxed set available for new players to try out. The Essentials Kit doesn’t make the Starter Set obsolete but compliments it instead. The Essentials Kit offers a classic adventure set up of a dragon menacing a small peaceful valley appeals to new players with a quest selection style familiar to anyone that’s played a video game RPG in the past decade. The new sidekick rules help out Dungeon Masters who haven’t quite gotten a table full of players but still want to play the game.

A lot of time in this edition has been spent mining past adventures for inspiration of the future. If Tales From The Yawning Portal was a solid greatest hits album of some of D&D’s best adventures from the past, then Ghosts of Saltmarsh is a remaster that includes new bonus tracks. I loved the curated feel of this book and the ship rules inspired several of my own piratical adventures. The secret strength of this edition is the ease in which Dungeon Masters can use material from their favorite edition and this book is a perfect example of bringing the past into the future.

Eberron: Rising From The Last War

Long time fans have been clamoring for updates of the excellent worlds that Dungeons & Dragons created over its 45 year history. While Curse of Strahd was an excellent tease of the dark fantasy of the Ravenloft setting, the Fifth Edition team decided to bequeath the first full setting book outside the Forgotten Realms to the pulp fantasy of Eberron. The definitive Third Edition setting appeals to fandoms like Final Fantasy and Harry Potter by mashing up familiar elements of D&D with a bit more two-fisted action and intrigue in a world still recovering from a terrible war.

If there’s one thing players love doing that delving into dungeons to get rich, it’s spending that money on kickass castles. Domain management has been a rich part of D&D history from the classic Castle Guide to the entire Birthright setting. Matt Colville’s MCDM Productions has taken the best parts of both of those products and combined them into Strongholds & Followers. The book gives players some things to spent all that sweet, sweet loot on while also giving them cool abilities to use when they decide to head back out into those dank dungeons for more.

Dungeon Masters Guild has functioned like D&D’s App Store for the past few years by offering a mix of classic products and small supplements from new creators of everything from adventures to random charts of stuff players can find in the pockets of orcs. Uncaged and its sequels this year offered a combination of several leaps forward by highlighting under represented voices in the community, clever takes on lesser known monsters from the Monster Manual and from the mythologies that inspired those creatures, and a level of polish that makes the book look right at home on the shelf next to the official releases from the line.