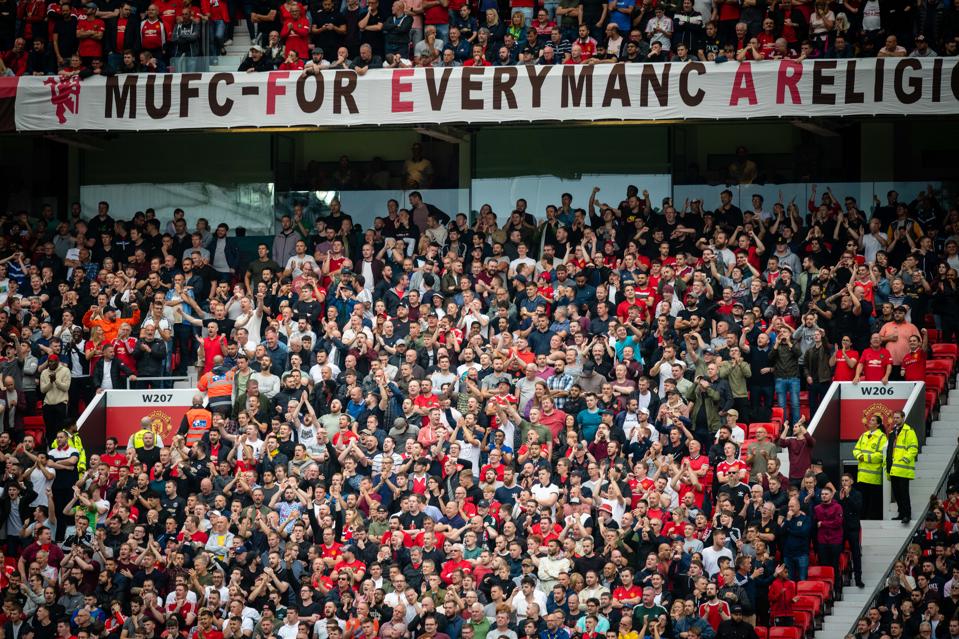 Of all the teams targeting a top six place in the Premier League this season, Wolves perhaps stand the best chance. And of all the teams adjudged to be on the brink of falling out of the Premier League’s top six, Manchester United are maybe the most likely. With this in mind, Monday’s clash between the two teams was a big match. And it felt like a big match beforehand.

Wolves do a good job of ramping up the drama before kick off at Molineux. With this being their second season back in the Premier League, the routine is well-rehearsed by now – they dip the lights, light the flame throwers, turn up the music and screen the blinking eyes of wolves on every screen around the pitch. It makes for quite the spectacle.

The flames and the light show might be to the taste of traditionalists, but few can deny that such technology has set a new precedent of what is expected from Premier League clubs in terms of match-day experience. Wolves aren’t alone in putting on such a show. Similar pre-match rituals are also observed at Arsenal, Bournemouth, Manchester City, Southampton and Tottenham Hotspur.

Monday’s visitors to Molineux, Man Utd, don’t boast such technology at their home stadium. In fact, no real changes have been made to Old Trafford, still English football’s biggest club stadium, since the Glazer family completed their controversial takeover of the club 14 years ago. ‘The Theatre of Dreams’ has remained untouched.

Once the most modern stadium in the Premier League, an arena befitting of England’s most forward-thinking club, Old Trafford now sits as a relic of a bygone age. Manchester United have been left behind as gleaming super-stadiums, like Tottenham Hotspurs’, have broadened what fans now expect when they attend a football match.

It’s about more than just pre-match light shows and flame throwers. The match-day experience now encompasses more than just what is produced on the pitch. See the ‘Tunnel Club’ at the Etihad Stadium, where supporters can watch Man City’s array of superstars watch out on to the pitch through one-way windows into the tunnel.

City’s ground is also surrounded by something of a permanent fanzone, where supporters can congregate before and after the game to grab a drink, a bite to eat or some merchandise. There is frequently live music on offer too.

Spurs also offer something similar in the form of ‘The Marketplace,’ a communal supporters area within the stadium lined by longest bar in the country (which so happens to be cashless) and countless food and merchandise outlets. This gives fans somewhere to meet before the game, somewhere to gather afterwards and pumps more money into the club coffers.

There is nothing like this at Old Trafford. Concourse areas are cramped, uncomfortable and unfit for purpose in the modern age. Fans looking for something close to the offerings of the Etihad Stadium or Spurs’ new ground have to rely on Hotel Football, the hotel, bar and restaurant co-owned by Ryan Giggs, Paul Scholes, Nicky Butt, Phil Neville and Gary Neville, situated on the other side of Sir Matt Busby Way. The stadium as a whole is well below the standards now expected. And there are also practical shortcomings.

Old Trafford is remarkably the only ground in the Premier League without a giant screen. This presented a problem with the implementation of VAR for the first time in England’s top flight this season. To avoid confusion inside the ground when the VAR is in action, it was proposed that clear signage would be displayed on big screens. Old Trafford, however, doesn’t have any.

A compromise was ultimately reached – VAR announcements are made over the public address system and graphics are displayed on the advertising hoardings around the playing surface – but this isn’t exactly the mark of a stadium at the cutting edge of match-day experience norms.

There is still an aura that lingers around Old Trafford on the big occasion. It crackles under the lights, when rivals come to visit, and has something that many more modern stadiums lack. But it has been neglected in recent years and that has been more apparent than it is now. Even Molineux is exposing this.