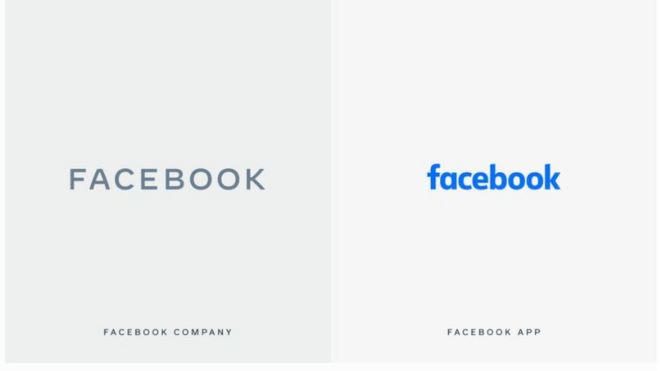 Facebook is introducing new branding for its products and services in an attempt to distinguish the company from its familiar app and website.

Instagram and WhatsApp are among the services that will carry the new FACEBOOK brand in the next few weeks.

The new logo, which is in capital letters, uses “custom typography” and “rounded corners” so the company’s other products and app look different.

The branding also appears in different colours depending on which product it represents. So, for example, it will be green for WhatsApp.

“We wanted the brand to connect thoughtfully with the world and the people in it,” Facebook said. “The dynamic colour system does this by taking on the colour of its environment.”

Facebook’s chief marketing officer Antonio Lucio said: “People should know which companies make the products they use. We started being clearer about the products and services that are part of Facebook years ago.

“This brand change is a way to better communicate our ownership structure to the people and businesses who use our services to connect, share, build community and grow their audiences.”

US Senator Elizabeth Warren has said she wants to break up the big tech companies such as Facebook, Amazon and Google and put them under tougher regulation.

This plan may be seen as Facebook’s way of hitting back, although Ms Warren – posting on Facebook – said: “Facebook can rebrand all they want, but they can’t hide the fact that they are too big and powerful. It’s time to break up Big Tech.”

Distancing the Facebook brand – the blue app that’s home to just about everyone, including your parents – from the trendier Instagram, a place for you and your friends, has always made good business sense for Facebook.

And it apparently worked: when Pew researchers asked study participants whether or not Facebook owned Instagram or WhatsApp, 49% of American adults were “not sure”.

It brings several benefits. Front of mind: the firm is covering itself from accusations it hides how powerful it really is by not making it absolutely clear they are behind most of the biggest apps in social media.

And Facebook also wants to fend off efforts to break it up, by making the case that the company isn’t simply a conglomerate of separate, distinct apps which could be easily broken up by regulators. Instead, this rebranding argues the firm is one big connected organism, called Facebook.

Facebook has come under criticism recently over a variety of issues.

Its boss Mark Zuckerberg had to face US lawmakers last month to explain the company’s policy on not fact-checking political adverts.

He also had to defend plans for a digital currency, talk about the social network’s failure to stop child exploitation on the network, and was quizzed over the Cambridge Analytica data scandal.

Earlier in the year, Mr Zuckerberg said the firm was going to make changes to its social platforms to enhance privacy.

These included messages sent via Messenger being end-to-end encrypted, and hiding the number of likes an Instagram post receives from everyone but the person who shared it.

Several other big companies have tried rebranding in the past:

Manfred Abraham, chief executive of consultancy Brandcap, told the BBC: “I’m sure this will be a successful move for Facebook. After all, the parent brand remains strong, despite recent troubles, and reminding consumers that Instagram etc are all Facebook companies will assist with cross-membership.

“The rebrand is unsurprising as it is following a trend – that of simplification. Many organisations are choosing a strong, but pared-back visual identify and are shrugging off ‘flair’ in favour of plain.”

However, Mr Abraham thought Facebook was correct to leave the logo on its flagship social media platform as it is.

“Facebook’s main site doesn’t need a rebrand. The old adage is true: if it ain’t broke don’t fix it.”